The $14 billion question in Washington: Sinema gets to yes

All eyes in Washington are on the Senate as the chamber continues its consideration of the Inflation Reduction Act—the Democrats’ compromise bill to invest in energy and climate, reform prescription drug pricing, and reduce the deficit, among other things. Sen. Kyrsten Sinema has agreed to support the bill, giving Democrats the 50 votes they need to pass the legislation in the coming days. While Sinema’s support makes passage all but certain, there are still a number of procedural and political dynamics at play that could impact the outcome:

The private fund industry effectively mobilized in opposition to the proposed provision to curtail carried interest tax treatment, claiming it would have negative impacts on jobs, pensions, and small businesses. Sinema requested the language be removed from the bill, and in its place, the new agreement is expected to include an excise tax on stock buybacks that is anticipated to raise $73 billion—significantly more than the $14 billion estimated revenue from the carried interest proposal. (See the Taxation section below for more details.)

Sinema has also won changes that would “protect advanced manufacturing” by preserving certain depreciation allowances in the book minimum tax proposal, which would establish a 15% minimum tax on large corporations. The Joint Committee on Taxation (JCT) has estimated that nearly half of the revenue expected to be raised by the book tax would come from manufacturers. Opponents of the bill argue it could worsen inflation and limit economic growth in key sectors, including the pharmaceutical, tech, and apparel sectors.

Senate parliamentarian and the “Byrd bath”

In addition to Sinema, the Senate Parliamentarian has substantial power over the makeup of the legislation. With budget reconciliation, provisions must be primarily designed to impact spending or revenue. If the parliamentarian determines a provision is extraneous and unrelated to the budget, she can rule it out of order during a process known as the “Byrd bath.” There are a number of provisions that are in danger of getting excluded, including oil and gas provisions that were a concession to Manchin. It’s unclear—though unlikely—if any such exclusions would affect Sen. Manchin’s vote.

Preliminary estimates show the spending bill would have a negligible impact on inflation in future years, with the potential to increase it in the short term. In addition, JCT estimates and other reports seem to indicate that the proposal would increase taxes for taxpayers across all income levels, which contradicts claims from Sens. Manchin and Chuck Schumer that the bill does not increase taxes on anyone making less than $400K. Republicans are using all of this information to their advantage, to claim the bill would worsen inflation and constrain the country’s economic production capacity.

While timing remains fluid, the Senate is expected to convene this weekend to conduct the first procedural vote, the subsequent vote-a-rama (a laundry list of amendments that get rejected), and final passage. Assuming there are no unforeseen absences and Schumer can secure all 50 Democratic votes, the Senate will send the bill to the House, which will return in a special session to pass the bill. We think it highly likely this bill passes and ultimately becomes law. That said, as evidenced by yesterday’s news, the situation remains fluid and the Carta Policy Team will continue to track and update with any major developments.

The volume of secondary transactions on Carta remained robust in Q2: Carta saw a 68% quarter-over-quarter growth in number of transactions, a 136% increase in transaction value, and an 85% increase in participants. Responding to public market volatility, employees and early investors in private companies are eager to cash out. The percentage of eligible sellers who opted for liquidity by selling their shares jumped from 40% in Q1 to 57% in Q2. We expect fewer liquidity transactions in Q3 as companies and investors wait for valuations to tip in their favor. That said, VC funds still have record levels of cash, and growing companies that seek liquidity will likely still get the prices they’re looking for. Read more insights in Carta’s Q2 2022 liquidity report.

Carta also launched the Carta Data Minute, which will feature a new data insight from the venture world each week—jumping from startup hiring trends to founder dilution to what’s happening in seed-stage valuations. Get a little smarter about the VC ecosystem every week by signing up.

The SEC released a report summarizing policy recommendations made during its 41st annual Small Business Forum. At the forum, industry participants and other stakeholders provide feedback on ways to improve capital raising policy for entrepreneurs and their investors, which are formally submitted in a report to Congress.

A key theme of this year’s recommendations was ensuring underrepresented founders and investors have equitable access to capital. To achieve this goal, the forum participants recommended expanding who qualifies as an accredited investor to achieve greater diversity among startup investors and entrepreneurs, as well as changes to the private fund framework to achieve the same goal. Here are a few additional recommendations from the report:

The forum recommendations are important, as they have served as the basis for bipartisan legislation in Congress that has helped promote capital formation and bolster the private markets. They also help inform SEC rulemaking, which is even more relevant given the Commission is expected to consider changes to the exempt offering framework and accredited investor thresholds later this year—though we expect any actions would more likely tighten capital access and investment opportunities.

Many of the forum’s recommendations mirror or complement proposals outlined by lead Republicans in the House and Senate, and are expected to be a prominent part of a capital formation agenda should Republicans regain control of one or both chambers in Congress next year. Carta supports and will continue to advocate for these changes to bolster the ecosystem.

Other news from the SEC….

The leaders of the Senate Agriculture Committee, Sens. Debbie Stabenow and John Boozman, have joined the fray of competing crypto legislation. Their bipartisan bill, the Digital Commodities Consumer Protection Act, empowers the Commodity Futures Trading Commission (CFTC) with the authority and resources to take the lead on regulating digital commodities and safeguarding the market. Senators Stabenow and Boozman believe that the CFTC and the SEC should share oversight responsibilities, allowing companies that register with the CFTC to also register with the SEC. The proposal does not define what a security is, but rather aims to provide regulatory structure around crypto commodities.

Senators introduced the long-awaited legislative amendment to the definition of “broker” for digital asset reporting requirements this week. This text, drafted a year ago, had strong support across both sides of the aisle, as well as from the crypto industry. The amendment aims to ensure that those who are not acting as crypto brokers, and would not have access to the information needed to report, will not be subject to the IRS crypto reporting requirements. While the Treasury Department has already signaled its support for not classifying miners, developers, and other “ancillary parties” as brokers, the industry continues to lobby Congress to clarify its intent through legislation.

Led by Chairwoman Maxine Waters, the House Financial Services Committee’s Subcommittee on Diversity and Inclusion sent a letter to 20 of the largest crypto, Web3, and digital assets companies (including venture capital firms with crypto investments), urging them to provide data on diversity and inclusion practices within their firms. In an effort to achieve racial and gender equity and increase diversity within these industries, the committee’s survey request is aimed to improve transparency and collect data in order to more accurately evaluate the diversity of large digital asset companies.

Data compiled by the Federal Trade Commission (FTC) indicates that for 2022, losses related to crypto fraud have outpaced all other categories of fraud, including bank and wire transfers. Specifically, the data reports that losses from crypto-related fraud reached $728.8 million in the U.S. in the first half of 2022, surpassing bank transfer fraud losses by 4%. The numbers illustrate that scammers have transitioned away from traditional methods of fraud payments to new crypto-related methods of payment to collect from victims of their schemes. In the absence of a regulatory framework, agencies are turning to enforcement to regulate the industry. The SEC, which has been the most aggressive in its regulating through enforcement, announced charges against 11 individuals involved in a $300 million international crypto and blockchain pyramid scheme.

The latest reconciliation agreement with Sen. Sinema is expected to replace the carried interest proposal with a new excise tax on the repurchase of corporate stock. This stock buyback proposal would add a 1% excise tax on the fair market value of purchases or repurchases by a “covered corporation”—imposing an additional cost on certain capital structuring transactions.

Now removed from the Inflation Reduction Act is the carried interest proposal that would have had significant consequences for venture capital and private equity firms. Over the past week, many concerns were raised with the provision as written, including uncertainty around what would constitute “substantially all” investments to start the holding period clock, as well as a gain recognition rule that was considered to be overly broad and could unintentionally sweep in nonrecognition transactions and gifts that should not be taxed. Those concerns and the potentially adverse impact helped preserve the existing tax treatment.

The board members of the California Privacy Protection Agency voted unanimously to oppose the American Data Privacy and Protection Act, arguing it undercuts California’s existing data protection laws by placing limits on the private right of action. While the board welcomed the concept of federal privacy protections, they do not want existing state protections rolled back. The federal legislation advanced with bipartisan support out of committee in the House, but it is unlikely to be signed into law this Congress. Senator Cantwell, Chair of the Senate Commerce Committee, does not support the legislation. 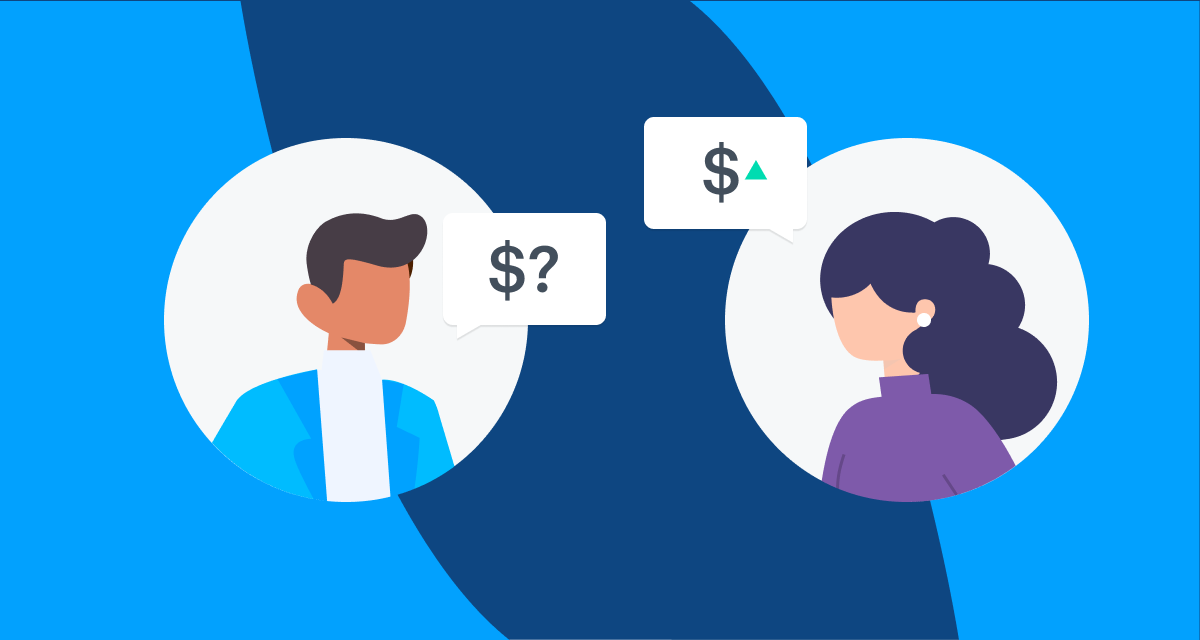 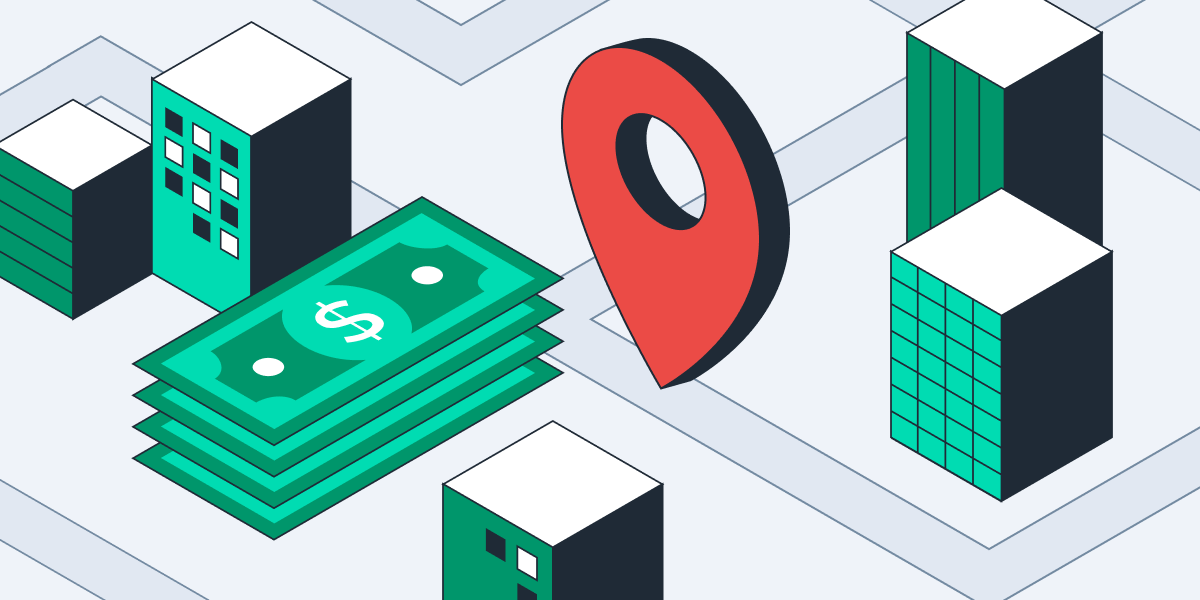