Congress approves $40 billion in funding for Ukraine, while the Senate rejects $48 billion in relief for restaurants, gyms, and venues. After a busy week where policymakers focused on macro items such as funding relief, the baby formula shortage, and nominations, we expect policymakers to continue negotiations on the Bipartisan Innovation Act, the legislation focused on bolstering U.S. competition and—potentially—a final push for Build Back Better, though chances are declining as the calendar shrinks.

The Senate Banking Committee held a hearing to consider the nominations of Michael Barr as Federal Reserve Vice Chair for Supervision, as well as Jaime Lizárraga and Mark Uyeda for the SEC. The hearing focused on ESG disclosures and climate risk, cryptocurrency, cybersecurity, and market manipulation, though both SEC nominees escaped deep scrutiny as most senators focused their questions on Mr. Barr. Lizárraga and Uyeda will likely receive bipartisan support and be confirmed this summer. Barr, however, may have a more challenging path and become a partisan flashpoint, though he is likely confirmed.

Budget requests for SEC and FTC

Also on Capitol Hill this week, SEC Chair Gary Gensler and FTC Chair Lina Khan made a joint appearance to advocate for their respective agencies’ proposed fiscal year 2023 budget increases. The FTC requested a 30% increase in funding to support enforcement and litigation efforts. Khan fielded questions on the FTC’s enforcement practices, as well as efforts to address market concentration and privacy concerns. For the SEC, Gensler requested a 10% budget increase largely directed at enforcement and key agency priorities such as crypto, ESG, and private funds. Gensler was questioned about the SEC’s regulatory agenda, its short comment period, and the need to ensure robust public engagement. The SEC recently extended comment periods on private fund adviser and climate disclosure, largely due to increased pressure from Congress.

The SEC is continuing to focus its efforts on ESG standards, this time in relation to investment funds. Next week, the SEC is scheduled to consider new standardized ESG disclosure requirements for investment advisers and investment companies. According to the notice, the proposal would not only cover registered investment advisers but also “certain advisers exempt from registration,” which could include private fund advisers. It is possible the additional ESG disclosures will be consistent with the information reporting requirements in the Commission’s recent private fund adviser proposal. Chair Gensler had previously signaled the agency would be heading in this direction, noting the growth of ESG-focused funds and potential “greenwashing” concerns, where funds are marketed or labeled as having an ESG focus though underlying investments may not correspond. The agency also announced its examination priorities would include an enhanced focus on ESG-related advisory services and investment products—including private fund offerings. These enhanced examination and enforcement efforts will focus on whether ESG investing approaches are accurately disclosed or whether there are misrepresentations of the ESG factors considered for portfolio selection.

The Fifth Circuit Court of Appeals held that the SEC’s use of in-house administrative proceedings unconstitutionally denies defendants the right to a jury trial by allowing the Commission to act as both prosecutor and judge. While this case focused more on the use of the use of administrative law judges to decide cases brought by the SEC, language in the opinion could have broader implications for the SEC’s authority to prescribe rules under broad authority provided by Congress (the “nondelegation doctrine”). The shifting views of the judiciary on the power of the administrative state will be something to watch especially against allegations of the Commission exceeding its authority in recent rulemaking proposals on climate risk disclosures and private fund advisers, both of which are likely to be challenged in court. The Supreme Court also announced this week it would hear a separate case challenging the constitutionality of the SEC’s administrative law judges.

Against the backdrop of dramatic market volatility and declines, SEC Chair Gary Gensler reaffirms the need for more investor protection and oversight in the crypto space. In a number of appearances this week, Gensler called crypto assets “highly speculative” and cautioned that the public was not protected. He explicitly warned crypto exchanges: Register with the SEC and come into compliance or the agency will “use their enforcement tools to bring enforcement actions.” Gensler reiterated concerns about crypto platforms commingling services and trading against their customers. While many in the industry and Congress have pushed for more regulatory clarity around what tokens constitute securities, Gensler believes the rules are clear: Most tokens are securities and subject to the SEC’s jurisdiction. Gensler also pressed Congress for more resources to police the crypto markets and recently announced the SEC was expanding its enforcement efforts to focus on crypto. Gensler noted the SEC was working with the CFTC on regulatory oversight of the cryptocurrency markets but noted the SEC had jurisdiction over the vast number of tokens, though there may be a small number of crypto commodity tokens.

Known as the J5, the group of global tax enforcers from Australia, Canada, Netherlands, U.K., and the U.S. announced a coordinated effort to track down individuals and organizations perpetrating tax crimes using crypto assets and non-fungible tokes (NFTs). The group believes NFTs open doors to new methods of digital money laundering. At an event held in London, crypto experts reviewed over 50 active leads involving significant NFT transactions in each of the member jurisdictions to investigate tax fraud. One of the leads appears to be a $1 billion Ponzi scheme that touches each of the member countries. This year’s meeting included the first Global Financial Institutions Summit (GFIS), a gathering of leaders in finance and tax, marking the start of collaborations between the J5 and some of the world’s largest banks to tackle international tax crime.

Crypto industry to get financial accounting rules for digital assets

The Financial Accounting Standards Board (FASB) voted to add a project to its technical agenda on how to recognize, measure, and present digital assets on financial statements. FASB will work to determine how to account for exchange-traded digital assets, whether their proposed model will be optional or mandatory, and also a clear definition for what exactly will comprise the term “digital assets.” There is no rulebook for how to account for digital assets and many companies currently follow non-binding AICPA guidance that calls for businesses that do not qualify as investment companies to account for crypto as an intangible asset. The SEC issued guidance that crypto trading platforms and companies safeguarding customer digital assets should record both a liability and a corresponding asset for these holdings. Industry leaders, reacting to the guidance’s apparent conflict with other financial rules impacting regulated banks, believe the SEC should exempt regulated banks from the recording rules and immediately delay implementation. FASB will have to research, debate their plans, draft a proposal, and release it for input before finalizing any rules, so major accounting changes are not expected to come soon.

Taxpayer fairness on the docket for the Ways and Means Committee

The IRS is now the focal point of government oversight hearings after the release of reports drew scrutiny to the agency. Last week’s Treasury report on the IRS’s destruction of 30 million unprocessed information returns prompted hearings with IRS officials. A new GAO report now indicates that the IRS has found 462 cases of its employees improperly accessing private tax records, including 49 cases of unauthorized disclosures of taxpayer information, with more than 80 percent of those cases resulting in employee separations. The Ways and Means hearing focused on long-standing concerns regarding IRS discriminatory auditing practices and lackluster taxpayer experiences, specifically noting that taxpayers with income below $25,000 are twice as likely to face audits as taxpayers earning between $200,000 and $500,000. IRS Commissioner Charles Rettig faced similar concerns during his appearance this week before the Appropriations Committee, where he requested a total budget increase of $1.31 billion for fiscal year 2023 to bolster taxpayer services, enforce compliance, and maintain IT.

The CFPB clarified that states can enforce the Consumer Financial Protection Act, enabling states to pursue claims and actions against a broad range of entities and affirming that CFPB enforcement actions do not halt state actions.

FDIC cracks down on non-banks using its logo

The FDIC will crack down on the deceptive use of its logo now that it has become more challenging for consumers to know when they are dealing with an insured institution. Acting Chairman Martin J. Gruenberg specifically noted the increase in non-bank entities making unsubstantiated claims about the availability of deposit insurance. The new rule will require non-banks to support those claims and identify the banks with whom they have existing business relationships.

The DOJ’s top antitrust regulator, Jonathan Kanter, said that private equity buyout firms have largely avoided regulatory scrutiny and merit a fuller assessment of their deals. Kanter suggested that roll-up mergers—the practice of purchasing a number of businesses in a specific sector and combining them into a larger entity—are anti-competitive because they can hollow out an industry. Although frequently used antitrust laws focus on one-off mergers, Kanter notes that these deals should not be viewed in a vacuum, given the larger strategy and sector implications. The DOJ will explore alternative enforcement possibilities that may apply, such as the Clayton Antitrust Act, given that buyout executives may have influence in multiple companies. As it explores enforcement avenues, the Biden Administration is considering revamping its merger rules. 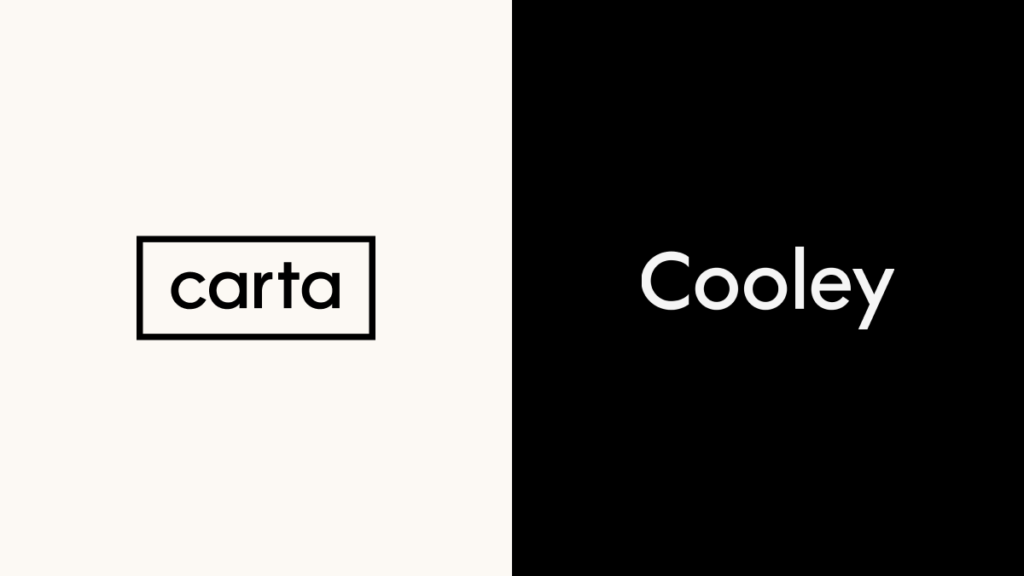 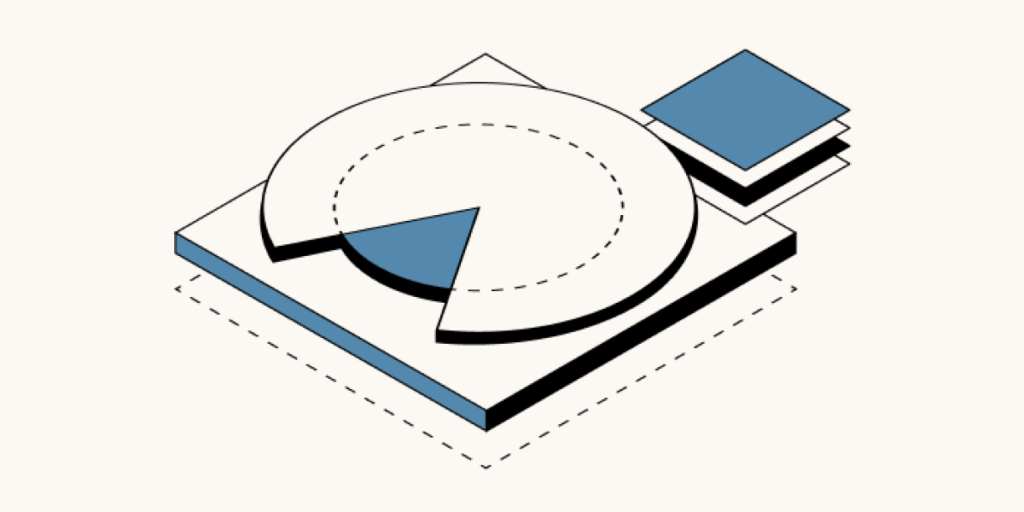