How we raised our Series A

I’m sorry this blog is 6 months late. But I will share it anyway in the hopes it will help founders currently raising a Series A.

Last November Carta (formerly eShares) closed a $7M Series A. Below is the pitch deck we used to do so and a few lessons we’ve learned along the way.

And below are five lessons learned (especially for fintech startups).

1. Fundraising is a filtering exercise, not a popularity contest.

I could tell within 5 minutes of meeting an investor whether they would invest. Investors who invested were excited about Carta before we met. They either saw the vision and liked it. Or they didn’t.

Most didn’t but met me anyway. They spent the entire meeting hoping I would convince them Carta was a good idea. I never did.

We were 0 for 21 with Silicon Valley VCs. I never got close. Most of the big firms wouldn’t even meet. A few had an associate do a Skype call even though we were 20 minutes away.

After 21 meetings in SV, I took a Hail Mary trip to the east coast and met with 3 funds. All 3 invested.

By Silicon Valley standards, we’re a weird company. We build network monopolies in small markets as basecamps into other markets (the Peter Thiel approach — the opposite of most VC’s strategies). Some call it “land and expand” and we plan to do it over and over.

One investor told me, “I don’t like companies that have stages.” Another said, “We like ideas (e.g. databases) that give us line of sight to $1B in revenue.”

Our company culture proved a mismatch too. In our pitch, we were very open about our strategy:

“We will never ‘bet the company.’ Carta has too much responsibility to our customers. We can never disappear. We will always prioritize protecting the downside over maximizing the upside.”

That doesn’t fit most VC strategies of “swinging for the fences”.

Everything changed on the East Coast. No one asked about market size (the common objection in Silicon Valley), pricing (VCs wanted SaaS pricing rather than transactional pricing), or vision. Instead of pointing out holes, investors would say things like, “And then you could do X!” and, “That would solve an enormous problem!”

I delivered the same pitch on both coasts. The difference was the audience. East Coast investors seem more comfortable with fintech.

As I said, fundraising is matchmaking. You have to find the right audience. And if you’re in fintech, go east. (Unless you’re in payments. PayPal has already paved the way for you.)

3. Ask for feedback other than “market isn’t big enough”

Many VCs will pass with “The market isn’t big enough.” It is an easy explanation because it (1) isn’t insulting to the founder or business, (2) is abstract enough to be inarguable, and (3) portrays the investor as someone who only does “really big” things.

It’s totally unhelpful. Market size lies completely outside the founder’s control. It has no impact on the challenges early stage companies face. And investors are usually wrong about market size. The best companies create new markets that, by definition, seem small (or non-existent) at first.

Before you end a meeting, try to get at least one useful piece of feedback. In our seed round, an angel investor passed explaining, “I don’t think you can convince law firms to accept Carta.” At the time, we were selling to law firms and nobody was buying. His feedback pushed us to change our sales strategy and sell directly to companies. This led to law firms accepting Carta because their clients pushed them too. That one critique transformed our business. While he never invested in Carta, we owe him a debt of gratitude.

If you get a “market size” explanation, ask the investor for more useful feedback.

While fundraising, I met many growth stage investors disguised as early stage investors. You will know because they ask you for “unit economics” or a financial model.

I used to try explaining that $20 stock certificates were an entry point into something bigger. It never worked. In hindsight I should have just said, “We’re really too early to think about those things yet and we are probably too early for you. But I’d be happy to talk again when we’re further along.”

Unless you have business that fits in a spreadsheet, avoid investors who think you should.

5. Succeeding is harder than failing

Josh Merrill, two-time founder and product lead at Carta, often says, “Succeeding is harder than failing.” He’s right. Failing at fundraising sucks. But after depression and self-reflection, you pick up the pieces and go on to your next thing. My last company failed. It led me to meeting Manu Kumar and founding Carta. In hindsight, failing is never as bad as it seems.

However, success does not bring relief. Quite the opposite. The problems get harder and the stakes get higher. At Carta, we didn’t celebrate our Series A. Instead, we talked about the responsibility of returning it 10x. And then we got back to work. 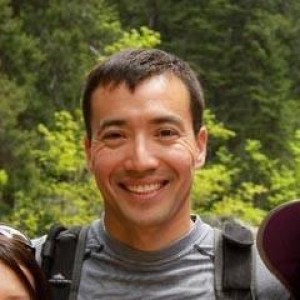 The tax outlook in venture: What Biden’s proposals might mean