Why women get less funding: Exploring the gender gap in venture capital investing

Emily Best didn’t set out to be a founder.

A lover of the arts, Emily was a theater producer, actor, and creative long before she ever set foot in a VC’s office. It was only in 2011, when she was on the precipice of producing her first feature film with friends that Emily realized that there was a huge gap in the filmmaking industry for a sustainable studio model. “Making a film with a fresh perspective is an insanely uphill battle, and the economics even for the biggest success stories are abysmal” said Emily during an interview with the online magazine Film Inquiry.

It was this that prompted her to begin Seed&Spark—a crowdfunding and distribution platform for filmmakers and storytellers.  With its creation, Emily hoped to begin a new studio model with fair and transparent business practices that would celebrate diverse voices and foster vibrant conversation.

Emily had everything going for her—a great team, a clear vision, and, most importantly, a compelling idea. So when, after almost two years of searching for investors and endless rounds of modeling and feedback, Emily received an egregious lowball of a terms sheet—she was stunned.

“They basically wanted to own half the company,” said Emily. “They [also] wanted two board seats, which at the time would have been a controlling stake. And then they wanted me to forfeit all of my equity and earn it back over time.”

Emily’s lawyer said he had never seen a terms sheet as bad as the one she was given. In fact, he advised her,  “don’t just say no to this terms sheet, say go f**k yourself.” Yet, besides him, most people in Emily’s life felt that she should feel lucky to get any funding from any VCs at all.

Much has been researched, written, and tweeted about regarding the gender pay gap, but if you’ve been following our work on Table Stakes, you know that take-home pay is only part of the story. Women also face a huge gender gap in both startup funding and equity.

In 2018, women founders in the U.S. raised $2.88 billion across 482 teams, according to data from PitchBook and All Raise. This was only 2.2 percent of the $130 billion total in VC money invested over the year. What’s more, the overall percentage of VC dollars received by women founders has been stagnant for the past decade, at about 2.5 percent. As Emily’s story illustrates, this funding gap is linked to the ownership gap: male founders represent 6.5 percent of equity owners, but they own 64 percent of all startup equity.

Why do women get less funding? Straight-up sexism plays a part, but research shows a handful of factors are stacking the deck against women founders seeking investment. We explore three of the underlying issues below.

In 2017, researchers observed meetings between VCs and entrepreneurs at TechCrunch Disrupt New York. All of the startups pitched were comparable, but researchers found that the startups led by men raised five times more funding than those led by women.

Video transcriptions of the sessions explain some of this funding gap: Both women and men VCs routinely posed two very different types of questions to men and women entrepreneurs. Men were usually asked promotion-related questions focused on their hopes, goals, and advancement potential. Women, on the other hand, were asked prevention-based questions focused on safety, risks, and due diligence. 67 percent of the questions posed to male entrepreneurs were promotion-oriented, while 66 percent of those posed to woman entrepreneurs were prevention-oriented.

But why does this matter?

By asking different types of questions to woman entrepreneurs, VCs may be playing into a well-researched type of gender bias. While men are often judged based on their potential, women are judged based on past performance. This places an additional burden on women seeking VC funding, requiring them to do extra work to prove the value of their idea compared with their male counterparts.

This higher level of scrutiny extends beyond initial pitching into the due diligence process as well. As Emily put it, “women get asked for so much more diligence than men do—and it’s an operational loss. You’re literally wasting time you’re not spending on growing your business.”

These findings further illustrate the extra scrutiny women entrepreneurs face. Investors tend to believe in the leadership potential of a male entrepreneur—even one without an engineering degree. They do not extend this same benefit of the doubt to women.

Less than 10 percent of decision-makers at VC firms are women—and 74 percent of VC firms in the U.S. have zero women investors. As we’ve learned from studies from Morgan Stanley, and others, VC firms with women and underrepresented minority fund managers, tend to increase investment in diverse founders. In short—people are more likely to give money to people who look like them. This might explain why the percentage of VC dollars allocated to women founders has remained stagnant despite the overall number of women VCs increasing over the last few years.

Research has shown that these predominantly male investors show a preference for pitches made by attractive men, speak differently about men and women when evaluating investments, and even punish women entrepreneurs for stereotypically feminine behavior. Having more women working in and leading venture capital firms might not solve the gender funding gap overnight, but more diverse voices at the tables will likely help.

While Seed&Spark is thriving—with almost 2000 films and television shows produced—Emily acknowledges that the road that she took to get there, and the road for women founders is still tough. “Men in positions of power need to audit their own system and offer women comparable deals—full stop.”

We know more diversity across the board—whether it be VC, founder or employee—is beneficial not only for greater perspective, but for the bottom line. And to have companies that are innovative, thriving, and viable for both now and the future, diversity needs to become a key component.

It’s imperative, now more than ever, that we eliminate biases that penalize women founders, one deal at a time.

DISCLOSURE: This communication is on behalf of eShares Inc., d/b/a Carta, Inc. (“Carta”). This communication is not to be construed as legal, financial or tax advice and is for informational purposes only. This communication is not intended as a recommendation, offer or solicitation for the purchase or sale of any security. Carta does not assume any liability for reliance on the information provided herein. This post contains links to articles or other information that may be contained on third-party websites.  The inclusion of any hyperlink is not and does not imply any endorsement, approval, investigation, or verification by Carta, and Carta does not endorse or accept responsibility for the content, or the use, of such third-party websites. Carta assumes no liability for any inaccuracies, errors or omissions in or from any data or other information provided on such third-party websites. 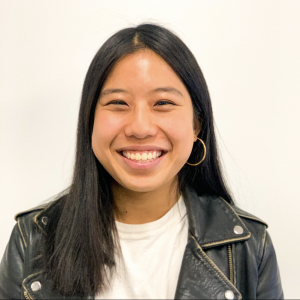 How to prepare your company for a financial audit

How we improved Carta for investors in Q2

eShares, Inc. DBA Carta, Inc. is a transfer agent registered with the U.S. Securities and Exchange Commission. The services and information described in this communication are provided to you “as is” and “as available” without warranties of any kind, expressed, implied or otherwise, including but not limited to all warranties of merchantability, fitness for a particular purpose, or non-infringement. Neither eShares, Inc. DBA Carta, Inc. nor any of its affiliates will be liable for any damages, including without limitation direct, indirect, special, punitive or consequential damages, caused in any way or arising from the use of the services or reliance upon the information provided in this communication or in connection with any failure of performance, error, omission, interruption, defect, delay in operation or transmission, computer virus or line or system failure. Transfer Agent services for DTC-eligible registered companies provided by Philadelphia Stock Transfer, a Carta affiliate. Carta Securities LLC is a broker-dealer and a member of FINRA and SIPC. Contact: eShares, Inc. DBA Carta, Inc., 195 Page Mill Road, Suite 101, Palo Alto, CA 94306.