“To me, being an innovator means doing impactful, but behind-the-scenes work that maybe you don’t get credit for,” says Laura Spiekerman, co-founder and chief revenue officer of Alloy. As a leader, she wants to change what sort of work is typically celebrated.

She regularly honors employees with the Turnaround Award—a prize not for the glamorous, flashy work of “taking something from good to great,” but for the kind of “grueling, behind-the-scenes, unsexy work” that it takes to take something from “bad to okay.”

“We’re really working on how we can celebrate those types of achievements. It matters a lot, because we know that behind-the-scenes work is sometimes the most impactful work that can possibly be done.”

Celebrating traditionally undervalued work is just one of the ways that Laura has been fighting what she describes as unnecessary bureaucracy and hierarchy in the business world.

That fight has been a central theme driving much of Laura’s career— it’s why she chose to join an early-stage startup instead of going to law school, why she cares about the passion someone displays in an interview as much as what’s on a person’s resume when she is hiring, and why she co-founded Alloy, a startup that helps banks and and fintech companies automate identity decisions by connecting them to more than 160 data sources—fixing a process that, before Alloy, was very manual and bureaucratic.

To me, being an innovator means doing impactful, but behind-the-scenes work that maybe you don't get credit for.

An allergy to bureaucracy

“I’m allergic to a lot of hierarchy and bureaucracy,” says Laura. “I’ve never really been good at taking a lot of orders or dealing with a lot of politics internally. It’s just not something that, even if I had the will, I definitely don’t have the skill to do.”

After graduating college into the 2008 financial crisis, Laura realized that companies wouldn’t hire her to be a leader in her early twenties. But if she built something, she could “make myself the decision maker, give myself a seat at the table.”

So Laura moved to Kenya to be the first employee of a growing micro-finance company.

In college, she had studied abroad in West Africa, where she saw how important the microfinance industry was to the region. Small loans for small businesses, often run by women, were a fulcrum for the economy—but the system depended on cash payments. Business owners often had to travel for hours to get a microloan.

At the time, a seismic shift was happening in the industry, with mobile phones becoming widely adopted. There was an opportunity to make the system more efficient and accessible. Laura met the co-founders of micropayments startup Kopo Kopo and became the company’s first employee. The company had a goal of managing the behind-the-scenes finance work that enabled small businesses to operate and grow.

“Getting to help make those kinds of big decisions, to be building something from the ground up, was exhilarating, even if it was just five of us at the company.” 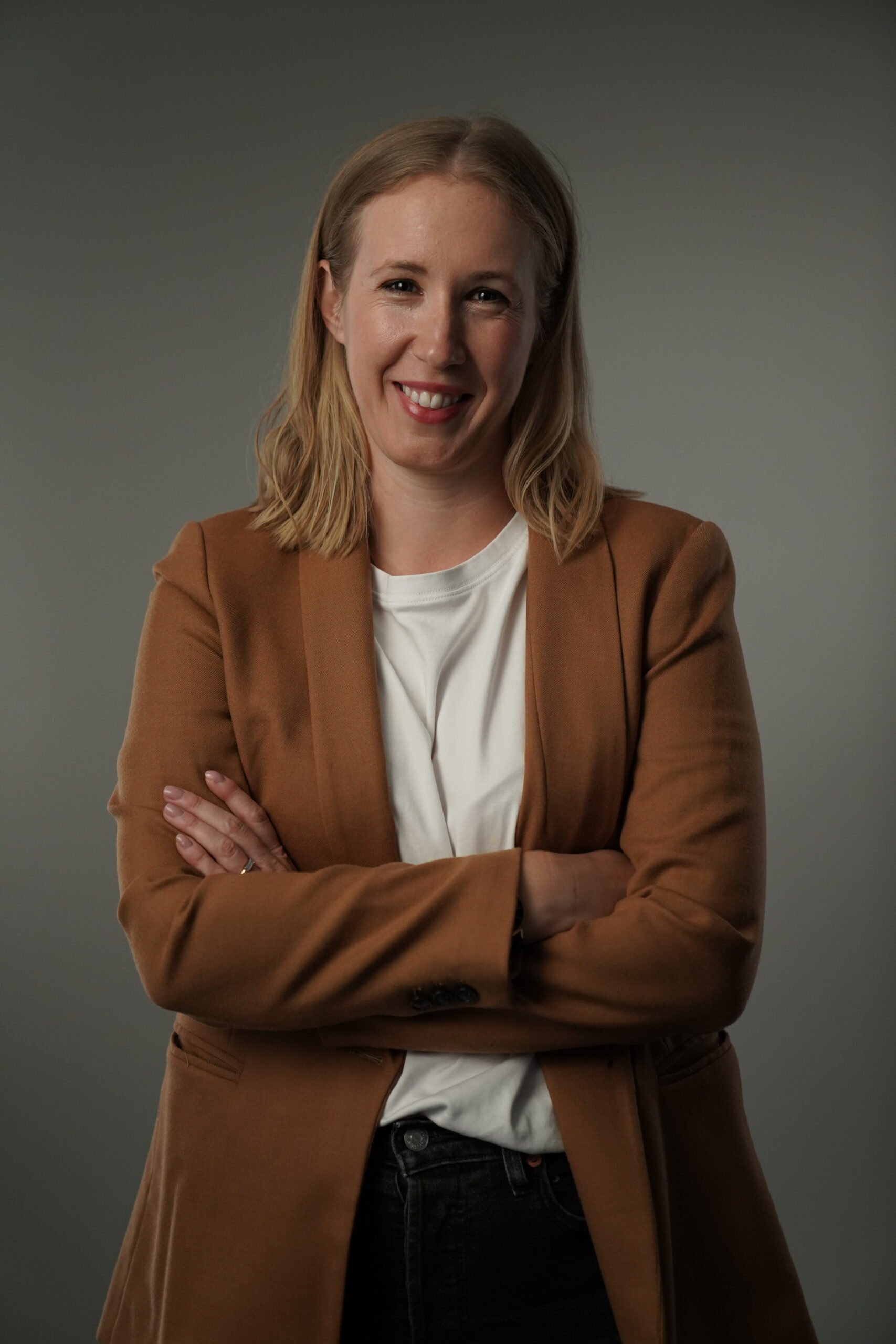 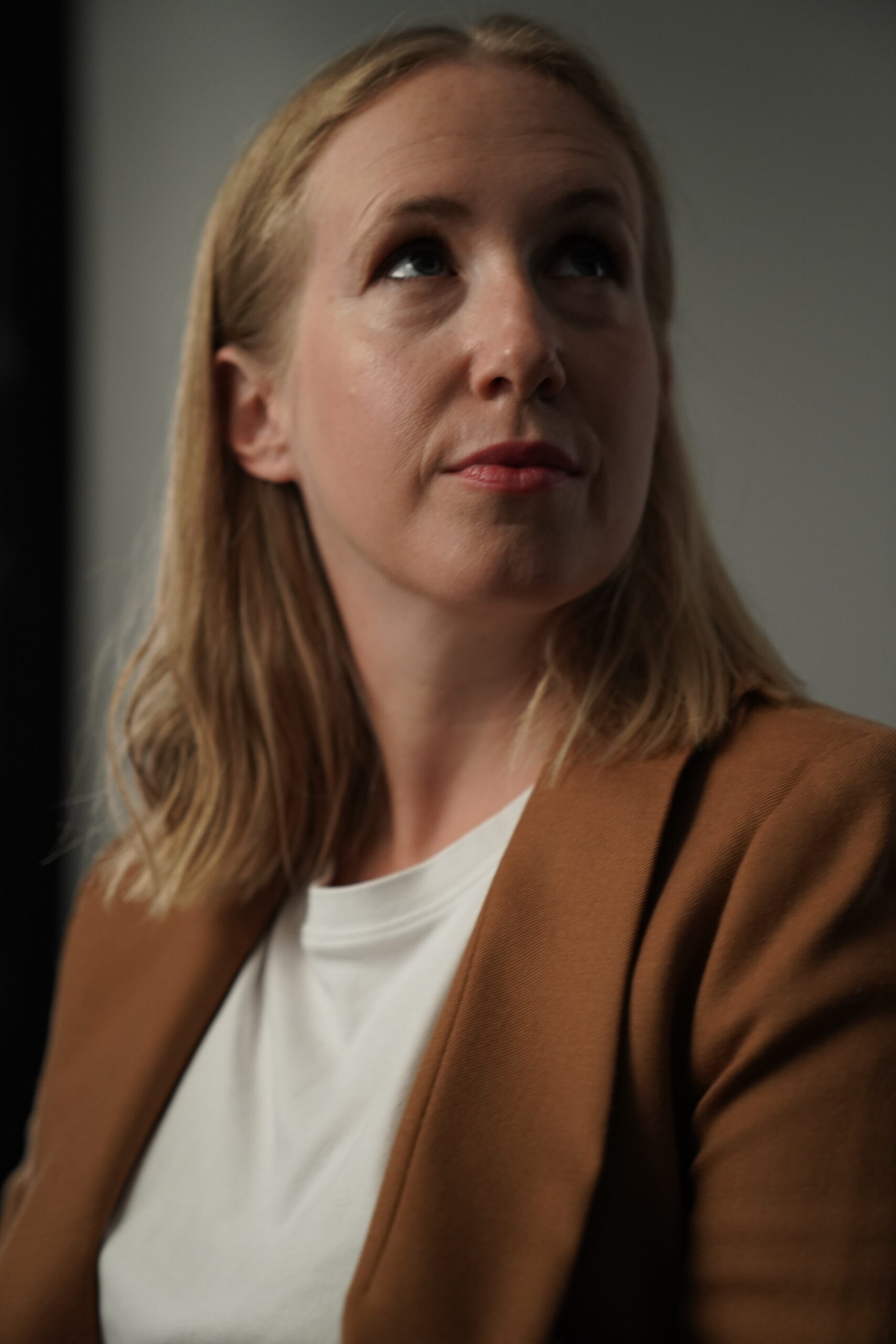 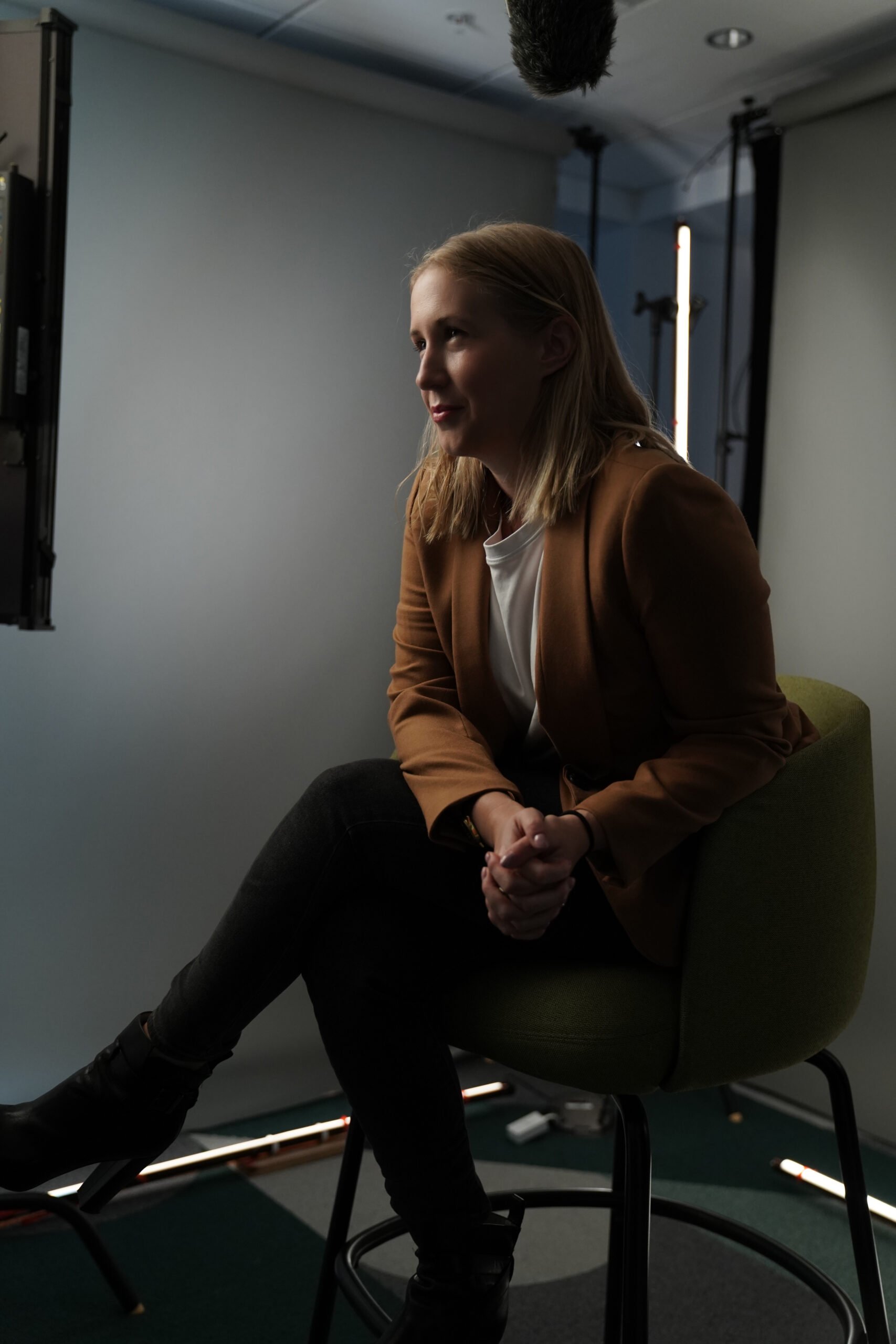 When she returned to the United States and started Alloy with Tommy Nicholas and Charles Hearn, none of the co-founders had traditional Wall Street backgrounds. This presented a challenge in a highly traditional industry. But coming from a different perspective meant that she and her co-founders brought “fresh eyes” to the banking and fintech industry in the U.S. – and all the bureaucracy that typically comes with it.

What they ended up building was “a total 180 from what existed before, both technologically and philosophically.”

The problem Alloy is working to solve: When banks or fintech companies attempt to verify the identity of a potential customer, they typically rely on one or two databases, such as a major credit bureau. If the database is missing information, the potential customer might get denied an account or go through a tedious manual process to get it corrected. This could happen for common and fixable reasons, like an address not matching a name because the applicant had moved.

Around 80 percent of people drop out at that point, they found. Every dropout costs the company a customer and shuts an applicant out of the financial system. They also found that this kind of denial was most likely to happen to what the industry calls “thin file” applicants—people who have less financial history in the major U.S. databases. Thin file applicants are more likely to be young people, immigrants, and renters. The old banking system could shut these people out, contributing to continued inequity.

Alloy’s technology fights this problem by drawing information from more than 100 unique data sources into one resource for banks and fintech companies. The startup helps companies verify identities and avoid fraud, while serving as many customers as possible.

The impact: A larger pool of good customers for banks and fintech companies and greater access to financial services for people that were previously left out of the system. “As just one example, people are able to get loans that they previously were not able to get,” says Laura. The ultimate aim of the company is to “create a future in which banking is borderless and accessible for all.”

Alloy also is a company that, while involved in millions of transactions, many end users will never know about — they just know they received access to the banking and financial products they need. “If we do our jobs right, we’re fully in the background, and you would never know we were there,” says Laura. 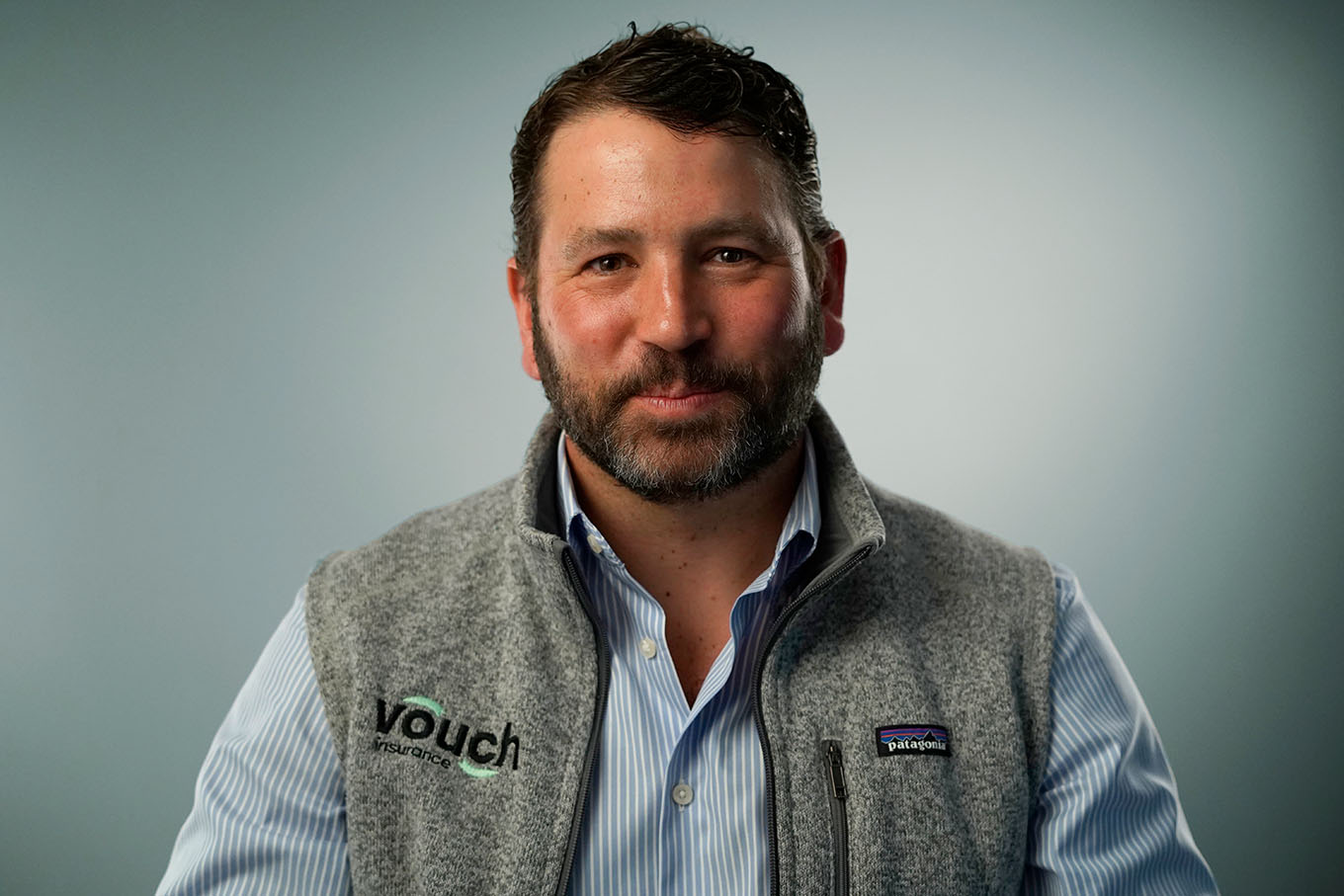 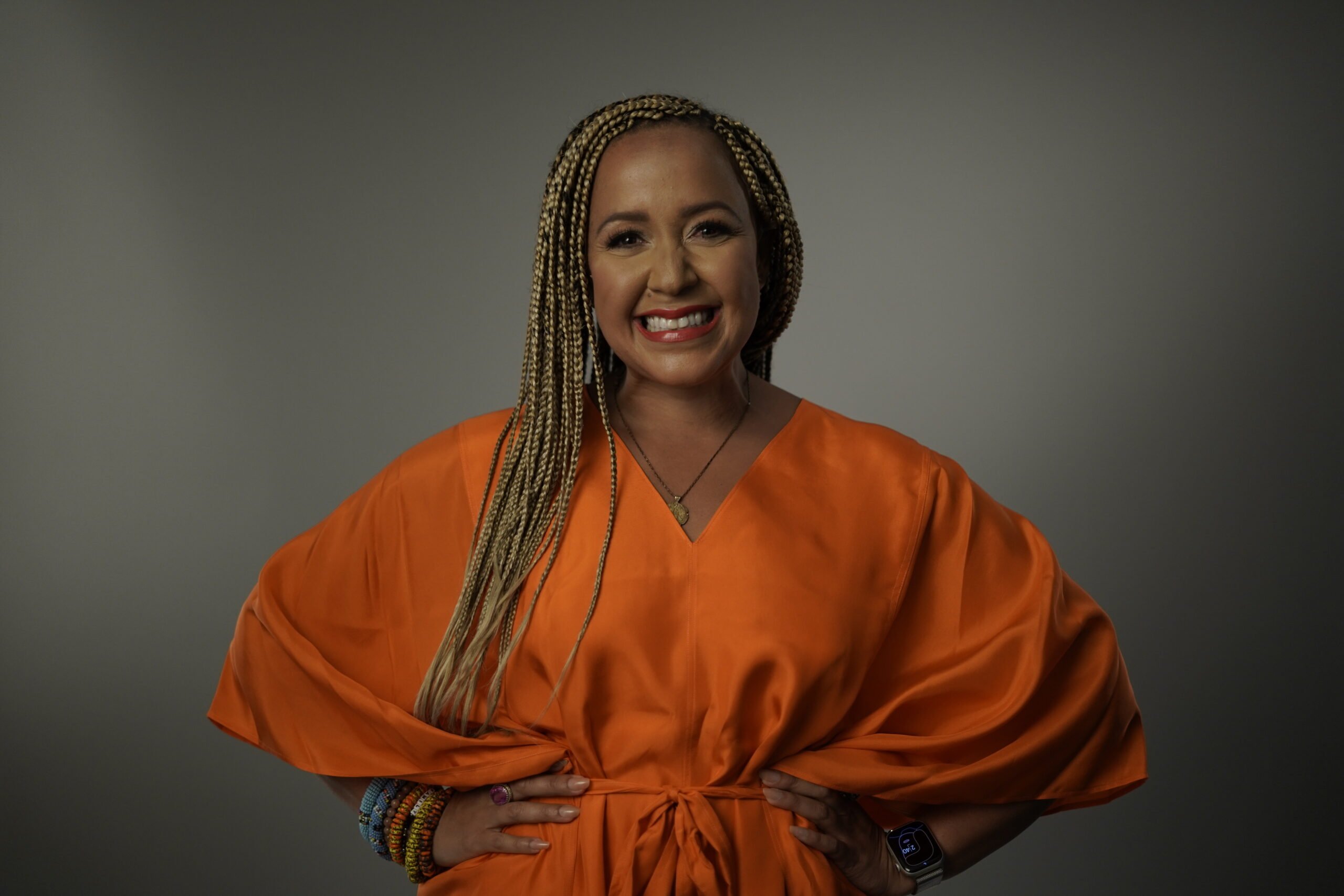 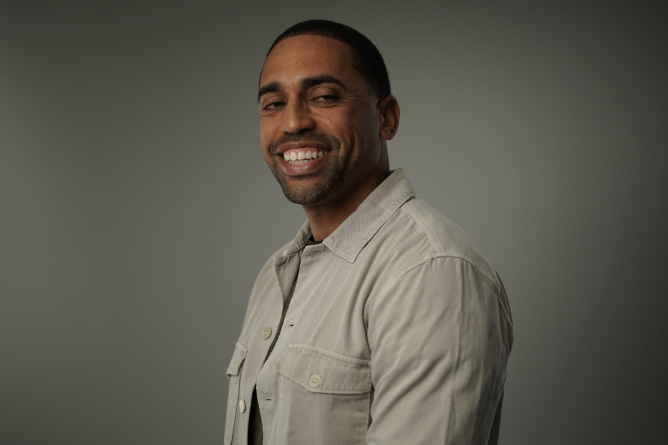 Innovator Story
Sean Mendy
Co-Founder & Partner, Concrete Rose Capital
We use cookies to improve your experience
By clicking “Accept All Cookies”, you agree to the storing of cookies on your device to enhance site navigation, analyze site usage, and assist in our marketing efforts. View our cookie policy.