“We created a monster.”

That’s how SoftBank CEO Masayoshi Son, whose company had invested billions into WeWork, described the situation at the company in November.

Over the last several months, various instances of questionable corporate governance on the part of the WeWork CEO Adam Neumann had emerged: from patenting the phrase “The We Company” and selling it back to WeWork for $5.9 million to making extended family members top executives in the company.

But the real monster, arguably, wasn’t Neumann. It was WeWork’s dual-class share structure.

A common arrangement among companies going public today, this structure gave the company’s regular shareholders one type of stock and its co-founder Adam Neumann another—one with 20 times the voting power. This gave him virtually complete control of the company’s direction.

The dual-class share structure was popularized by Google and has since been used by companies from Facebook to Dropbox to help founders maintain control of their companies. But not everyone is a fan. Some of the world’s most prominent asset managers and investor groups recommend restricting companies from using dual-class shares entirely.

To better understand the relative merits of companies with dual-class versus single-class stock, we reviewed the IPO valuations and market performance of the 50 highest-valued VC funded companies to go public in the last decade, segmented by whether they have dual- or single-class stock.

Of course, it’s impossible to show a causal link between a company’s share structure and its performance on the market or its valuation. But the research we’ve looked at suggests the hype around founder control might not be all it’s cracked up to be.

Among single-class companies, we saw slightly fewer losses, but also fewer with substantial gains. Of the dual-class companies we examined, eight businesses have lost value since their IPO. Three have surpassed 100% growth: Okta, MongoDB, and Roku. One—Roku—has grown by nearly 200%.

Our findings here align with research showing that companies with more aggressive growth models and unstable profits can often be better served by dual-class stock structures.

Of the single-class companies we examined, valuations for six have since dipped from their postings at IPO: Lending Club, NantHealth, Leaf Group, Gogo, Casa Systems, and OnDeck Capital.

To keep our focus on the long term and post-IPO fluctuations, we also decided to exclusively analyze companies that have been public for at least four years. We found that over this period, 13 single-class companies demonstrated gains, while just four lost value: Lending Club, Leaf Group, Gogo, and OnDeck Capital.

For dual-class companies, performance over a four-year period was much more hit-or-miss. Among the dual-class companies we reviewed, seven gained value since their IPO. Five lost value during that period: Groupon, Zynga, FitBit, GoPro, and Castlight Health.

“[I] have voting control of the company, and that’s something I focused on early on …” Mark Zuckerberg said in recently leaked audio. “Without that, there were several points where I would’ve been fired.”

According to Google’s founders Larry Page and Sergey Brin, their goal to “focus on the long term” was always incompatible “with the short-term sway of shareholders… more worried about quarterly profits.”

But they also create a power balance that diminishes the influence of shareholders. The Investor Stewardship Group, whose 50 members oversee $22 trillion in assets, is one organization that has called for a ban on dual-class stock—State Street, the world’s third-biggest asset manager, is another.

Of course, if dual-class structures were inherently worse than single-class, investors wouldn’t buy into the companies that use them. Still, there is a persistent mythos around the idea of the dual-class structure, a line of thinking that founders need to maintain control at all costs.

When it comes to performance on the public markets, we’ve seen some evidence that dual-class structures can be beneficial for some kinds of businesses. We’ve also seen evidence of single-class structures outperforming those companies in the long run.

In the end, our conclusion is that founders weighing the decision to go single-class or dual-class should think about their unique business, its needs, and its situation—not Zuckerberg or Google.

Note: A version of this article first appeared in PitchBook’s Q4 2019 Venture Monitor. All company financial and market capitalization data referenced in this article was sourced from PitchBook and Morningstar. Company selection was based on valuation at the time of IPO and includes only companies headquartered in the US that have been public for at least a year. Companies that did not accept venture funding were also excluded.

DISCLOSURES: Any opinions, analyses, and conclusions or recommendations expressed in this article are those of the author(s) alone and do not necessarily reflect the views of eShares, Inc. dba Carta, Inc. (‘Carta”) and they may not have been reviewed, approved, or otherwise endorsed by Carta.  This article is not intended as a substitute for professional advice or services nor should it be used as a basis for any decision or action that may affect your business or interests.  Before making any decision or taking any action that may affect your business or interests, you should consult a qualified professional advisor. This article is not to be construed as legal, financial or tax advice and is for informational purposes only.  This article is not intended as a recommendation, offer or solicitation for the purchase or sale of any security. Carta does not assume any liability for reliance on the information provided herein.

This article contains links to articles or other information that may be contained on third-party websites. The inclusion of any hyperlink is not and does not imply any endorsement, approval, investigation, or verification by Carta, and Carta does not endorse or accept responsibility for the content, or the use of such third-party websites. Carta assumes no liability for any inaccuracies, errors or omissions in or from any data or other information provided on such third-party websites. All product names, logos, and brands are property of their respective owners in the U.S. and other countries, and are used for identification purposes only. Use of these names, logos, and brands does not imply affiliation or endorsement. 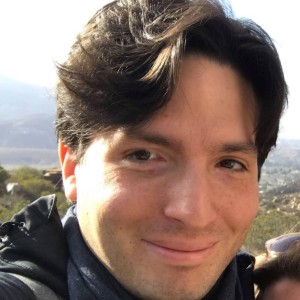 Mischa is the former Head of Editorial at Carta. For over a decade he's worked at the intersection of technology and media including: Pivotal Software, AJ+, OS Fund, Upworthy, Twitter, and the TED Conferences.

Build your venture firm with the Carta Edge